Soaking in Online Info with a Salted Rim

How many of you out there read on a regular basis?  In prior generations, the 'newspaper' was what most citizens could consider 'objective' information.  Today, some 'news' has changed (oh boy).

Yesterday, the pungent taste of news became more apparent.  While enjoying some local festivities, I had a chance to speak with some citizens about their interaction with news sources.

Paid?/Organic?
It's easy to assume something offered by a major company is intellectually credible and not commercially infused.  Many people are astonished at the notion of SEO, of optimizing particular information, pushing it toward the 'top slot' of offered results.

One particularly bright young lady asked me about the difference in paid and organic listings.  I explained a brand could pay a search engine to list its results, and they are labeled and treated as ads. 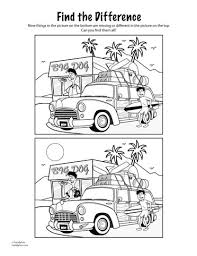 She then began questioning me about organic listings.  I explained how my work, in part, is devoted toward helping brands get 'ranked' higher on particular engines, namely Google, the most popular one to date.

"So though you have the talent to write, how do you decide who you 'help'?"

"So, brands pay your agency to eventually rank?"

I went on to explain my line of work and that of other online marketers in more detail.  But, her immediate grasp got me thinking.  Consumers do need to be hesitant about what Google or any search engine serves up.  They need to apprehend that information with a grain of salt.

The industry experienced a few tremors from the release of Panda and Penguin.  More friends are sure to follow.  The 'need' to release such 'fixer-upper' updates is an insult to the informational integrity of the Web.  Google felt like its open information source was looking more like a neglected pile of 'junk mail' accumulated from years of ongoing abuse.

Old News as New Business
Another modern-day informational concept came to my attention yesterday.  I read an article in the New York Times about the purchase of a San Diegan newspaper, the U-T San Diego.  The paper was recently bought by a local developer and hotelier.

What the Times reporter, David Carr, points out is probably on the minds of those who know a little about the new owner, as well as on the minds of more people since reading the article…the new owner has agendas, and just might use a source of 'objective' information to support them.

Immediately the new owner is known for being against 'big' government, taxes, and gay marriage.  Additionally, he wants a new football stadium in the city.  While the new owner offers lip service, ["We totally respect the journalistic integrity of our paper and there is a clear line of demarcation between our editorials and our news"] some are wary of this future intentions and use of the U-T to pursue them.

In one incident, a standing U-T sports columnist was opposed to running 'charged' stories related to convincing readers of the need for the new stadium.  Tim Sullivan was soon dismissed from his position.  However, recently the owner has voiced Sullivan's lot has to do with multimedia integration and not his position on stadium politics.  As Carr reports, Sullivan's Facebook status now reads as "on vacation," his time with the U-T may not be done afterall.

It's no new news that old newspaper brands are struggling to keep up with the popularity of online behavior.  However, is the new business of the news more like the above search engine dichotomy and less like the old "news"?