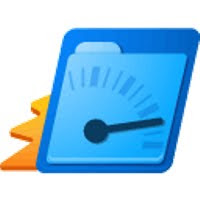 Website page load speed is a critical element to online rankings and search engine optimization. SEO experts and teams have several different methods of decreasing page load speed by decreasing the amount of HTTP requests (server requests) and RTT (Round Trip Time) back and forth between a site and its server. In addition, understanding parallelization (ordering JS/CSS correctly) and making these scripts external instead of inline are recommended.

Can Google's +1 Be Manipulated? - Ken Wisnefski Explains How

Google released “+1” in June as a method for web users to essentially give their seal of approval to individual websites. Sites that accumulate many will have favorable search engine result visibility. As +1 challenges the traditional dynamics of search engine optimization, Kenneth C. Wisnefski, founder and CEO of WebiMax, discusses the potential manipulation and negative influence this may cause the search industry.

Google’s obviously jumping on the social media horse (addition of Google + ) and furthers that today by now adding social media data to their analytic platform. Their +1 button data is built in to the platform, and they’ve released the coding that illustrates such social data including Engagement, Action and Pages. This coding for Facebook’s “Like” button and Twitter’s “Tweet” button can be found on the analytic page .

As social media has been playing more and more of a role in our everyday lives, and has direct effects with the success of many online businesses, the time has been there for a while for Google to add this coding. As important as seeing website traffic deriving from search engines, it’s now equally important to track traffic from social media platforms.

With Engagement, traffic from social media sources are indicated. In addition, analytics will indicate if visitors actually make a conversion, share it with their network, and visit other pages on the website.

Social Actions will indicate such data including how many visitors click on the “like” or “tweet” button, from which source, and how long they were on the website for from that button. Time of day and location are normal features that will also report with social actions.

Lastly, Pages will indicate which section of the website (page) generates the most “likes” or “tweets” which will help marketers understand which pages are most “social friendly” and which pages actually draw a crowd to the website.
Read Story

Measuring Success of an SEO Campaign

Ever since Groupon filed their S-1 filing with the SEC back in early June, investors and social media experts have been wondering when exactly the official IPO date will be released. Groupon, the “deals and discounts” website, was offered a $6 billion takeover from Google in December 2010, clearly rejecting it because they feel as though they can grow tremendously in the online deals arena.

Social Media May Be Changing Your Search Results

Google Plus: Not Just another Social Media Service

By now, just about everyone’s heard of social media. After all, even the Pope has a Twitter account. But what about social SEO? With the introduction of Google Plus, social SEO has become an industry buzz word—and for good reason.