The leader in online Reputation Management has launched a new website, aimed at explaining the reviews process that is so integral to online marketing. WebiMax Reviews include the processes used that make the company the #1 rated Reputation Management firm by TopSeos.com. There are a lot of individuals that do their due diligence before doing business with a company, therefore, we understand many are looking for WebiMax reviews. It takes more than just sitting back and waiting for customers to post positive remarks about your company and brand. Proactive measures need to be taken to add a sort of barrier around your company. Would you build a fort without a defensive wall?

Kenneth C. Wisnefski, founder and CEO of WebiMax, announced that the company launched a new website in the United Kingdom, WebiMax.UK. The U.S. based leader in search engine marketing completed a global expansion in April, 2011, including opening a European operations center in London. Wisnefski addressed the company in an email stating “I am pleased to announce that our internal team of developers have designed and launched WebiMax.UK which will support our operations across Europe”.

A spammy report surfaced over the weekend stating Facebook was planning on charging for membership to the social media page. The company addressed this today by stating:

President Obama introduced the National Strategy for Trusted Identities in Cyberspace Plan in April, 2011. The new plan calls for a proposed single authentication system that acts as a sole online identity for consumers. The plan, however, may inversely increase the extent of fraud committed against Americans. Essentially creating a master key to ones online identity can have extensive ramifications if the single key is lost.

Facebook rolled out several updates to their social media platform on Wednesday. This came one day earlier than expected, as the social media titan was likely to make the announcements today at the F8 summit in San Francisco. The new updates have made users more dissatisfied than impressed.

Kenneth C. Wisnefski, founder and CEO of WebiMax, the #1 rated online advertising and search engine optimization firm in the United States (by TopSeos.com), is a well-regarded expert in social media. Wisnefski has followed the situation closely and states “Facebook is trying to do so much right now to fix a problem that doesn’t need to be fixed. I believe the new features have overloaded users and the majority of them are dissatisfied with the changes”.

Google+ was launched earlier this week and is the first real threat to take “social media market share” away from Facebook. Google+ functions include video chat, integrated search, and “hangout”, all of which are features that Facebook lacks.

“It seems Facebook has announced their updates to take the light away from Google, who has owned the media this week with the launch of Google+ in addition to CEO Eric Schmidt’s antitrust hearings on Capitol Hill”, states Wisnefski. “Facebook users feel overwhelmed with the amount of new features including a real-time scrolling list of Friends updates (comparable to Google+ ‘circles’), enhanced News Feed (information overload), and the ability to create their own Facebook Newspaper”, concludes Wisnefski.

Earlier this year, the White House introduced a plan called the National Strategy for Trusted Identities in Cyberspace. Kenneth C. Wisnefski, founder and CEO of WebiMax the leader in search engine marketing and ecommerce, announced that the plan may have some “significant disadvantages” and further states “I caution this will open the door to more devastating methods of identity theft”. 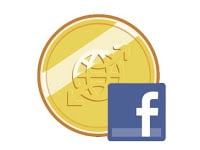 eMarketer released a report today stating Facebook is reeling in close to $470 million this year from their “Credits” market. Facebook Credits is social media currency used to purchase items in games found on the social media platform. Although they do not institute the ecommerce aspect of the point of sale, they receive a cut of the revenue. That cut was $140 million in 2010, and expected to reach $470 million by the end of 2011. Although their Ad business is taking off ($3.8 billion this year), it’s not growing as fast as the 300% growth in the credits market.

Google Wallet is expected to launch today, as we covered back in May when the system was announced. The new system strategically places Google right in the heart of the multi-billion dollar mobile payments industry. The move to take market share away from PayPal sparked a lawsuit back in May, claiming two former PayPal employees now work for Google and play a critical role in launching the Wallet system. Although the results of the lawsuit are not discussed further, that system is expected to launch today. 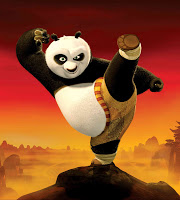 Google’s first released their Panda Algorithm update back in February, aiming to block out websites that lacked quality content. Even more so, the search titan reinforced their commitment to the end user that only valuable websites will be posted favorably on their search engine. Within the first few hours, literally thousands of low quality websites were penalized, and sent to the last page of Google search results.

Target, Inc. (the retailer recognized as Wal-Mart’s biggest competition) missed a huge opportunity this past Tuesday when their website crashed due to significant demand and traffic. Italian designers Margherita Missoni and Angela Missoni designed an affordable line of clothing that was to be sold exclusively at Target and available online for purchase. This brought outrageous website traffic to Target.com, causing the site to crash from early in the morning until 11:00pm Tuesday evening. Poor website structure and the inability to handle large amount of traffic is the culprit. 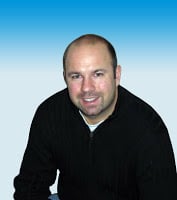 WebiMax at the Search Marketing Expo

WebiMax, the #1 rated SEO firm in the United States and Australia, will be at the Search Marketing Expo, presented by Search Engine Land. The 3-day conference, at the Jacob Javits Center on 34th Street in Manhattan, will feature exhibitors, speakers, and huge networking possibilities. WebiMax’s own Michael Stricker, SEO and Social Media Strategist, will present Wednesday at 10:00am on “Share Nicely: Social Signals and the Future of Social Search” in Theater A.

The social media company announced that they have 100 million users, and there are 1 billion tweets every seven days. Those numbers are clearly impressive, as it further reiterates how social media is the new form of mass communication. Twitter has led the way in which we as people communicate to others around the world. This was announced at the “State Of The Union” Address by CEO Dick Costolo’s. Actually, he arrived and said “nothing big, just wanted to give a state of the union on the business”.

Kenneth C. Wisnefski, a serial web Entrepreneur, discusses the American Jobs Act and its role in helping to curve the 9.1% unemployment rate. Wisnefski, a small business owner, leads WebiMax as the #1 rated search engine optimization firm in the United States. He defends the Act stating “President Obama is taking necessary steps to force congress to act now before America continues its downtrend in economic uncertainty”, and further states “businesses both small and large are reluctant to head forward due to their hesitancy to adapt to change”.

Hulu, a joint venture owned by NBCUniversal, Fox Entertainment, and Disney-ABC, offers ad-supported on demand videos of TV episodes and movies. They’ve been accepting bids for a purchase since the beginning of 2011. News released yesterday shows that Google has most recently made a significant bid for the purchase of the company. Other bidding offers came from Yahoo!, Amazon, and Dish Network. It should be noted that Yahoo! was the first company to contact them about a potential buy.

Facebook, the popular social media platform that revolutionized social media, updated their business pages. The new page is a departure from the old. It features new and different elements that aim to create higher conversions not only on your page but to your website. Is your welcome tab where you want people to be pointed to initially? How about enticing people to “like” you by offering coupons, discounts, and benefits of membership, or even posting contests and surveys on your landing page? These are all the new possibilities.

Google added a new function to their AdWords platform, Estimated Top Page Bid. This new section provides a rough estimation for how much the going rate is for specific keywords you may be including (or plan on including) in your PPC campaign. Bidding on keyword phrases can have a huge impact on your PPC advertising, and with this new AdWords feature, your PPC firm will be able to indicate exactly what that keyword is going for on the specific search engine. This new feature does wonders for any PPC advertiser.

Earlier this week, Google launched a daily deals offer on its homepage. The company has been experimenting with daily deals coupons in major U.S. cities for some time now and certainly made it an official pert of their search engine on Wednesday when it went live on Google.com.