Google's Reliance on Wikipedia Makes it a Great SEO Tool, But Beware of "Fake News" Pranks

You’re probably familiar with Google’s knowledge panel. You know; that box that shows up at the top right of a search engine results page (SERP) giving you an overview of information related to the query you’re searching. Here, have a look:

*Knowledge panels are powered by information in the Knowledge Graph.

But were you aware that Google relies heavily on Wikipedia as the source of some of that information?

Wikipedia is a free online encyclopedia that can be used to learn more about nearly any topic. However,

it is a platform that allows users to edit information on its various web pages, and sometimes that information can come from unreliable or malicious sources and be incorrect or even downright damaging to the subject of the Wikipedia page.

Google’s reliance on Wikipedia for its knowledge panel makes the online encyclopedia an important asset when it comes to search engine optimization (SEO). In fact, the knowledge panel is among the features listed on Mozcast as those that are important in getting a high ranking on Google searches. Knowing this, WebiMax digital marketing services include creating Wikipedia pages for clients that could stand to benefit from them.

But those who hope to take advantage of this SEO tool need to beware of “fake news” pranks that can have adverse effects and hurt a brand’s image.

One example of these “fake news” Wikipedia pranks recently happened to the California Republican Party (CAGOP). Some conservative critics already view Google as anti-Republican, and this certainly didn’t help. For about six days, the CAGOP knowledge panel showed that the party’s ideology included “Nazism.”

Once this inaccurate information was noticed by enough people, Google was quick to clarify, stating that it was a matter of someone pranking Wikipedia, which was proven through the change logs of the CAGOP Wikipedia page.

This is just one of many SERP pranks that have arisen in the past. However, with the growing trend of using content manipulation to sway public opinion, it highlights an editorial oversight problem that needs to be addressed.

Facebook and Google have each made announcements that they plan to take measures to become better at catching “fake news” or inaccurate, defamatory information in their SERPs. But the fact remains that such a heavy reliance on user-generated platforms such as Wikipedia can be troublesome for search engines.

Perhaps it’s time to start raising the question of whether or not Google should be using a source that can be easily manipulated to change what people see in search results.

At this time, search engines such as Google, YouTube, Facebook, and others in the United States are not liable for the content on their platforms. But the European Commission is hoping to reverse that legislation and make these search engines liable for “illegal content” if it is not taken down immediately.

Get a Free Quote 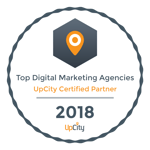