Google CEO "We can do a better job describing our changes" 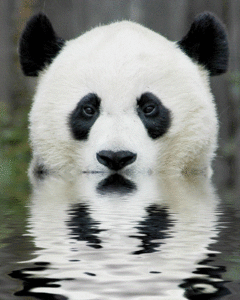 When Google CEO Eric Schmidt spoke that the United States Senate hearings back in September, he was asked if the company’s methods could be a bit more transparent. The CEO of the search engine titan replied “There is a limit to the amount of transparency – it is proprietary and if it was more open it would be heavily gamed”. He did however then state that “we can do a better job describing our changes”. Perhaps the most recent evidence of the “better job” came last week as Matt Cutts stated “Weather report: expect some Panda-related flux in the next few weeks, but will have less impact than previous updates”. This statement is of course referring to the Panda update that was first launched in early spring of 2011.

The Panda update is on every search marketer’s mind and for good reason. The Panda (which is updated on an almost monthly basis) is an algorithm change that acts to weed out poor sites that lack sufficient (and valuable) information. It strikes websites that are considered “spammy” including linkfarms, content farms, and the like.

The enhanced transparency has its advantages and disadvantages with the Panda update. First of all, search marketers know exactly what they’re doing when optimizing a site using “black-hat” SEO tactics. Black-hat SEO includes using unethical and unscrupulous tactics to improve a website’s visibility. Ever heard of steroids in baseball? As Cutt’s recent tweet stated, “expect some panda-related flux in the next few weeks”, the black-hat SEO firms know they better change their methods so they don’t get affected.

The advantages, however, mostly steer to combat the arguments that were presented at the U.S. Senate hearings that suggested Google controls everything on their search engine, and thus prohibits fair competition amongst firms. The Senate feels as though increased transparency and communication may rid the company of any unfair competitive edge they have with what gets published on their search engine and why.

As of now the exact changes have not been released however there is a margin of error that affects reputable websites including Forbes, TheTodayShow.com, and PR Newswire as of recent.

More updates to come as we find out!

Have you been affected by the Panda because of being burned by an unscrupulous SEO firm? Contact WebiMax, an ethical SEO firm operating within the SEO Code of Ethics.