Social Advertising, or placing ads in social media, shows huge promise. It is one of WebiMax's "Lucky 7 for 2011" Social Media opportunities.

• a huge universe (approaching 750 Million regular monthly users, or one in every 13 earthlings)

• an audience of web-savvy consumers reaching their best earning years

• plays well to a mobile market that is twice as active on Facebook on average, thanks to widely-adopted apps

How important is the Facebook / Mobile connection? - 40% of cell phone users own a smartphone. 12.5% of all E-com is projected to be mobile by year-end. - 60 Second Marketer. 33% of Facebook updating is mobile - Dan Zarella

Small to Medium Businesses (SMBs) have tripled their social media use in as many years - Search Engine Watch. SMBs plan to spend 19% of marketing budget on social media. – Hubspot. And where better to look for guidance than Facebook, which has made a mission of embracing Small Business, including a recent deal allowing businesses to buy Facebook Credits good for advertising through AMEX's membership rewards program.

Facebook Ads leverage 'interests' as detected in profiles and activities, rather than merely 'keywords'. This is a powerful targeting tool, contributing to Facebook Ad results, yet a WebTrends survey pegs Facebook Ad performance at about half that of typical PPC networks. There remains some skepticism among marketers whether Facebook Ads deliver in the B2B channel, yet some campaigns bring in staggering results (e.g. "88,000 Fans in 4 Weeks")

Whose ads are likely to get the most (CTR) from Facebook? According to WebTrends research of 11,000 ads:

A Friend of a Friend is a Friend Indeed

A pyramid of an average of 130 friends is waiting to be influenced by each user that you impact. Targeting friends of Fans nearly doubles an Ad's CTR. Setting up Facebook Ads gives SMB lots of options about who to target, but Facebook also enumerates users who fit your defined criteria, so you can plan around your target demographic.

Testing is the traditional way to tune ads, and this is so true for Facebook Ads. Testing Creative enables one to find the copy and image that motivates best. List selection chooses the audience most receptive and ready to spring, using Interest groups populated by users that have listed their pursuits. Once you have identified a responsive, passionate Interest, then try to narrow your scope by age, gender, relationship or education. Advertisers can now target by Zip Code. Thus, your campaign can attain maximum Clickthrough at the lowest Cost-per-Click or Cost-per-Action.

Manage your campaigns with an iron fist for fiscal responsibility. Establish a:

• target result (sell X number of widgets) and an acceptable cost (at $.50 per sale) that you will not exceed.

• Set a sustainable Daily Budget to control expenditure, and

• Schedule a term for your campaign.

• Choose whether you will pay for Click-Throughs (Cost-Per-Click, or CPC) or pay for ad impressions (Cost-Per-Impression, or CPM).

Since the ultimate result is what counts, some advise pay for impressions (CPM) and calculate your own Cost-Per-Widget-Sold with the data in the report provided by Facebook as a webpage or an Excel file. Facebook will E-mail notices of activity in your account, but during a campaign, you should be a frequent visitor to your account.

Ads must be approved by Facebook. The scuttlebuttt is that a higher bid and continual spending will get you more attention and faster approval cycles. Go figure. If you intend an E-Commerce result from Ads, Facebook offers a PDF "Guide to Tracking Conversions" with simple codes to track things like individual page views, purchases, registrations or downloads. Their Ads Manager presents conversion event data in Reports, divided among impressions that converted after seeing your ad, and others who converted by clicking it.

The Speed of Social Advertising

Facebook Ads may have a limited lifecycle, some say as brief as 24 hours, research indicates ad burnout after 3 - 5 days, so keep an eye out for the tailing of a campaign, as the expense can skyrocket and erase a campaign’s effectiveness. Be prepared to test continually during a compressed timeframe. Here is where an agency may be of great assistance, since an owner of a small business may have more pressing matters than repeatedly hovering over the reporting from their ad campaign.

One of the most frequent, and successful, uses for a Facebook Ad campaign is to grow one's Fan base, by advertising for "Likes". Since so much hinges on the Landing Page or a Custom Tab on the Fan Page, it is certainly useful to have professional help for content writing and design. Motivation to evoke response often comes is sparked by a Contest, Vote, Survey, or other activation technique.

Setting goals is central to any business activity. What's amazing is how many different goals have met with success on Facebook. Building E-mail and marketing databases. Nurturing Customer Relations with loyalty campaigns. Driving leads to website conversion. "Doing well by doing good" contribution campaigns. Promotions that gather user-generated content in return for exclusive entertainment. Invent a Pizza and share the profits.

Big bonuses await those businesses that enjoy the attention of a passionate following, are frequently the subject of conversation and give a great user experience. Some viral "Like" results have reportedly doubled campaign results.

What's on the horizon?

The Facebook Deals product may one day be ideal for SMB with a Fan page. This digital discount coupon service available as a Beta test in San Francisco, San Diego, Dallas, Austin and Atlanta has been slowly building. Consumers sign up for Facebook Deals app, then Deals arrive one of 8 ways… home, a Deals page, sponsored ad that reveals friend who have partaken, messages and wall posts that friends share, by Notification, in their News Feed and via E-mail. A user purchase triggers a story to friends' feeds, bringing a viral boost to Deal uptake. Five cities will be added to the beta. Deals are flexible and there are no minimum discount requirements.

The Other Gorilla in the Room

Meanwhile, Google is promoting discount Offers in Portland, NYC, and SF Bay Area, with plans to expand to five major metros, as it tunes the appearance and ways that the Offers are promoted. This could be a good sister to their Boost Ads, which have experienced reliability concerns impacting displays and rely on Places quality factors that can be damaged by multiple pages/accounts or even something as simple as including a placename in the company name. 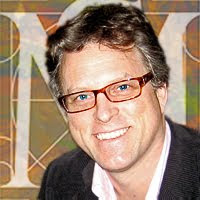 Michael has been part of the WebiMax Team since April, 2010. Michael's clients may draw from his experience in some of Philadelphia's largest agencies and studios working on accounts from Fortune 500 to SMB. The perspective of a former business owner makes him a valuable asset as a WebiMax Project Manager. Recipient of the Best of the Web, PDMA Benny Award and John Caples Creative Award, Michael is Certified Internet Web Professional and Net+. This combination of experience, creativity and technical training informs his incisive analytics, insightful consulting and successful campaigns of SEO, reputation management and social media.