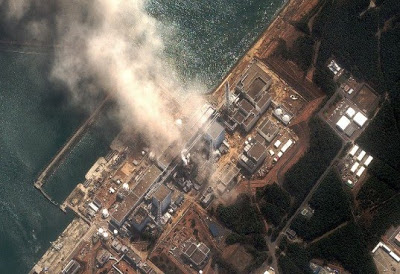 With the devastating Earthquake and Tsunami that struck the country of Japan 1 week ago today, social media has stepped up immensely to assist in the efforts. The Tokyo Electric Power Company (TEPCO) has created a Twitter account for the nuclear power plants that are damaged and nearing a nuclear meltdown. The official TEPCO site has accumulated 192,000 followers in the couple of days that it has been active. All of the tweets are in Japanese; however Prime Minister Naoto Kan launched his own Twitter account in English, keeping followers up-to-date on the events as they unfold, and plans to translate the tweets from TEPCO on his account.

In lieu of the disaster in Japan, it seems as though the one common denominator that is helping people is the use of social media.

"With Japan, we've been seeing an outpouring of support through the social media community and an increase in the use of Twitter and Facebook," - Karen Kim (American Red Cross Spokesperson).

Social media is continuing to flex its muscles as world and economic events add a continued demand for its use. In an official Blog earlier this week, Founder and CEO of WebiMax, Kenneth C. Wisnefski, an expert in social media marketing stated “The footage of the events in Japan is simply horrific and frankly, something we would have never seen a few years back”.

“This side of social media, albeit far less trendy than updating your status on your Facebook, really shows just how the world has evolved and how everyone is using this to truly make everyone a news consultant”, concluded Wisnefski.

TEPCO is sending hourly updated via their twitter account so that anyone anywhere in the world can stay tuned in to the progress of the prevention of a nuclear meltdown.