The (Wo)Man Makes the Startup Brand?

I've shopped at second-hand shops since I was a teen.  Like most things, I did it then because it was cool.  I'm thirty-three and not so cool any longer but still dig novelty shops.  You can get some unique clothing items in such establishments.  I've gotten many compliments over the years while wearing $1.50 shirts; it's because the man makes the clothes (figuratively and literally); I find clothes (from any decade) befitting to Anthony's style.  But let's not get gender biased; the woman makes the clothes fit her style too.

The person-style dynamic gets me thinking about branding.  Shouldn't the man (or woman) make the brand too?  Is it the brand name that makes a professional recognizable or the other way around?  In some cases, it's a matter of what came first.  For instance, Rand Fishkin has a hand in inbound.org but that's years after establishing himself as a professional.

For startups (professionals and businesses) what should be emphasized the (wo)man or brand?  The question is pretty broad; I would make suggestions based on a startup's specific position and the owner's end goals.  However, I do believe the notion is deserved of some thought and consideration.

Anonymous
Have you heard of the movement Anonymous?  They made the news this past week, giving security engineers something to feel anxious about regarding potential hacking threats.  The appellation makes sense; there is no rightful owner or 'head' of the organization; its participants even wear those Guy Fawkes-inspired 'V for Vendetta' masks.  They're void of a 'face' person.  I see a lot of faceless brands on the Web while perusing sites and interacting with brands on social media platform, Twitter.  I mentioned the notion of no visible 'authors' in yesterday's branding post.

Personal  example:  I liked a particular post a brand tweeted a couple months back.  The brand's handle started to engage me in online conversation, which is awesome.  I love engaging people in the community.  However, the handle was using my name, Anthony, and referencing things about my person.  I, on the other hand, was speaking with a faceless persona.  I think it would of made for a better interaction if the handle 'took off its mask,' unveiling a personality I could have had an ongoing interaction with, a personality I could reference by name.

Contribute
It's difficult to speak for every vertical; that's why I stated I would hesitate to make an objective opinion before addressing each brand on a case-by-case basis.  However, in the online marketing vertical, the sense of community is thriving on multiple platforms, including Twitter, Google Plus, and various community blogs, such as SEOmoz.  I personally have been turned on to a lot of personalities by our mutual participation.  Admittedly, I now follow many people because of their participation in comments and within the community.  However, in retrospect, I don't recall gravitating toward any brand handles without first getting to know the people, the personalities behind it.  As a consumer, I've grown to do the same:  finding a likeable personality first and then reading about associated services and products. 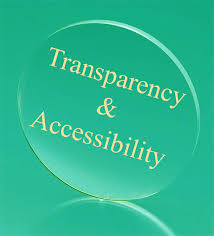 Personal example:  I follow and respect a lot of personalities in my respective vertical.  I was tipped off to many personalities by their participation.  Some noticeable personalities I've grown to regularly take interest in via the community:  Dan Shure, John Doherty, Anthony Nelson, Tadeusz Szewczyk.   These personalities range in time spent in the industry; but, I doubt I would have perused their sites first and then found their personalities.  Seeing their contributions first, parlayed my interest to their blogs and respective brands.

What do you think?  What comes first the (wo)man or the brand?  I would love to know your thoughts.