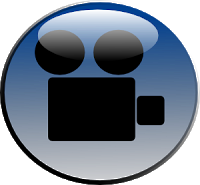 It is true that many of us watch videos online more than we read text articles, but just how many? A recent report for comScore shows that 85% of the United States internet audience watched videos on the internet in September, 2011 alone. That percentage represents 182 million Americans. Interested in optimizing your video with Video SEO? Furthermore, the report states that the average viewer spend 19.5 hours in September watching video.

These numbers are staggering and confirm for us that not only are people “broadcasting themselves” on sites including YouTube, companies are also creating advertising content for themselves through video. This calls for a need of video search engine optimization solutions. Without effectively optimizing the video, it will fail to get picked up and rank well on popular search engines.

ComScore also reported that 6.8 billion video ads were viewed in September. YouTube (at no surprise) ranked as the top video site with VEVO and Microsoft Sites ranking 2nd and 3rd, respectively.

Interestingly enough, Google’s latest Panda Update allowed video streaming services and websites to rank higher in the SERPs in the month of September. There may be a direct relationship to the increase reported by comScore for September with the results of the Panda.